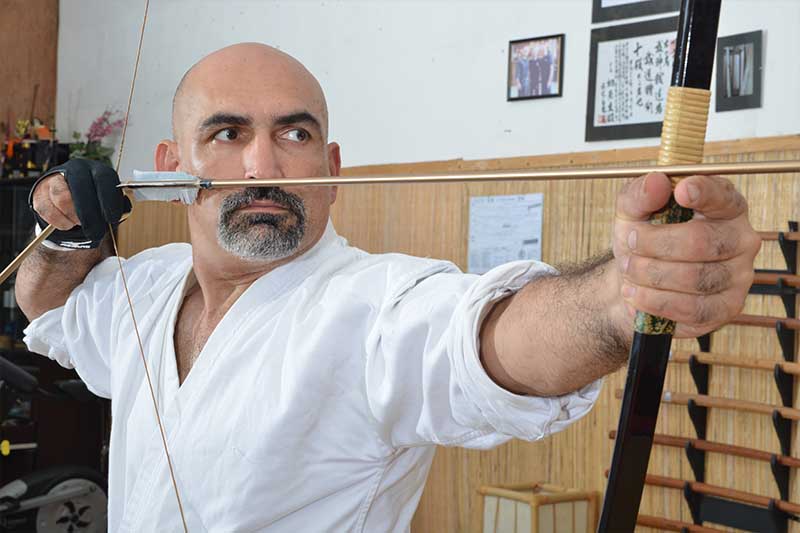 Kyudo (弓道 the way of the bow) is the  Japanese martial art of archery. Kyudo practitioners may be known as Kyudojin, (kyūdōjin 弓道人). Experts in Kyudo are referred to as kyūdōka.

Kyudo is based onkyūjutsu (art of archery), which originated with the samurai class of feudal Japan. Kyudo is practised by thousands of people worldwide. As of 2005, the International Kyudo Federation had 132,760 graded members. It was first introduced in Malta by Alfred Galea in 2010 after his visit to Japan.